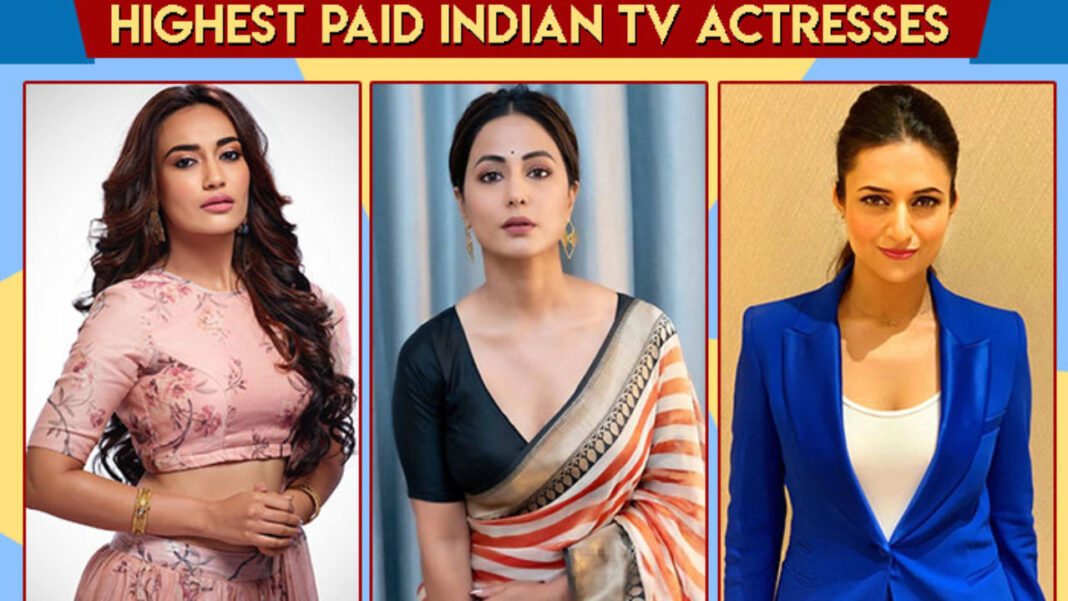 There are TV stars those who earn more than the Bollywood celebrities and the list will shock you. They have become cognizant of their passion for acting very early in their life and also they are among the most influential TV stars of Indian television. As we all very well know that success did not come so easily to us and we have to struggle very hard to achieve it. Check out the list that is provided below:

Ram Kapoor belongs to a beautiful town of Nainital.  One of the main reasons that he commands respect from the television is his lack of inhibition in any kind of role. He has also done some of the films of the bollywood industry. He gets a mighty of Rs. 125 lakh per episode.

Sakshi is very dear to Ekta Kapoor. When she began her career, she worked as an anchor on Doordarshan. After that she started acting. She has won a large number of awards in her career. And at present she earns about Rs. 80,000 for a single episode.

She was born and bred in Srinagar, Kashmir. She has completed her masters in Delhi and lately she realized her love for acting and then she went to Mumbai to fulfill her dreams. The actress is in relationship with Rocky Jaiswal and as per the rumors the two will tie the knot in some time. She charges in between Rs. 1 lakh to Rs. 1.25 lakh for a single episode.

Ronit Roy father’s owned a small factory and Subhash Ghai was his father’s best friend. He has inspired Ronit a lot. Other than his acting profession he also runs a security business where he provides securities to bollywood biggies. He earns Rs. 1.25 lakh for a single episode and only he works for 15 days a month.

She came from a small city known as Bhopal in Madhya Pradesh. She climbed the ladder of success, fame, and wealth rather quickly. She is now among the most popular actresses on television. Her successful career was shadowed with a modest beginning. She earns around Rs. 80,000 to Rs. 1 lakh for one episode.

At present she was disappeared from the TV scene but the beautiful lady have done some really notable work. She is also known to be a very good dancer. Ankita quotes in between Rs. 90,000 to Rs. 1.25 lakh for one episode.

He is one of the most famous actors and is well known for his talent. He started his career in the year 2000. He has also garnered quite a few awards that involves the best actor award and best romantic actor award. The actor demands Rs. 1 lakh for each single episode.

He was born in Mumbai and has completed his post-graduation from the United States. His skills were noticed by the rest of the industry. The actor creates an emotional connect with his intense and romantic roles. He earns around Rs. 1.6 lakh for a single episode.

Satyamev Jayate 2: John Abraham to take on Salman Khan, film to be released on Eid 2021

Riya Chakraborty’s obstacles increased, brother Showik did not get bail, and remand increased.