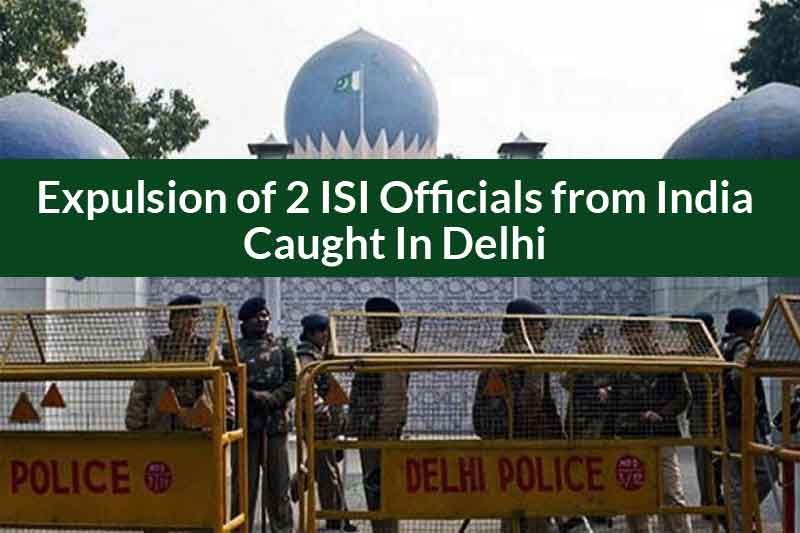 As India chose to remove the two ISI operators caught in Delhi’s act gathering data on Army foundations in India, Pakistan brought a senior Indian representative to enlist its dissent against the move.

On Monday, Pakistan called a senior Indian representative to enroll solid dissent over India’s choice to oust two authorities of the Pakistan High Commission in New Delhi on charges of secret activities.

Pakistan’s Foreign Office (FO) said the Indian Charge d’Affaires was summoned for a “strong demarche”, conveying Pakistan’s condemnation of the decision to declare two officials of the Pakistan High Commission in New Delhi persona non grata and rejection of all “baseless” allegations against them.

Pakistan passed on that the Indian activity was in “clear infringement” of the Vienna Convention on Diplomatic Relations and the strategic standards, the Foreign Office said from the get-go Monday.

On Sunday, two visa authorities at the Pakistan High Commission in New Delhi were caught in the act by Delhi Police faculty. They are assembling delicate archives and data on India’s protection foundations from an Indian national.

Police got Abid Hussain and Muhammad Tahir while associating with the Indian national in Karol Bagh zone in Delhi.

The authorities, working at the visa branch of the Pakistan High Commission, admitted that they worked for Pakistani government operative office ISI.

Pakistan’s Foreign Office said that the Indian experts secured the two staff individuals from the Pakistan High Commission in New Delhi on “bogus and unconfirmed charges”.