Chinese Ambassador Announces PLA Soldiers Were Killed in Galwan Valley. The Number is Still Not Revealed. 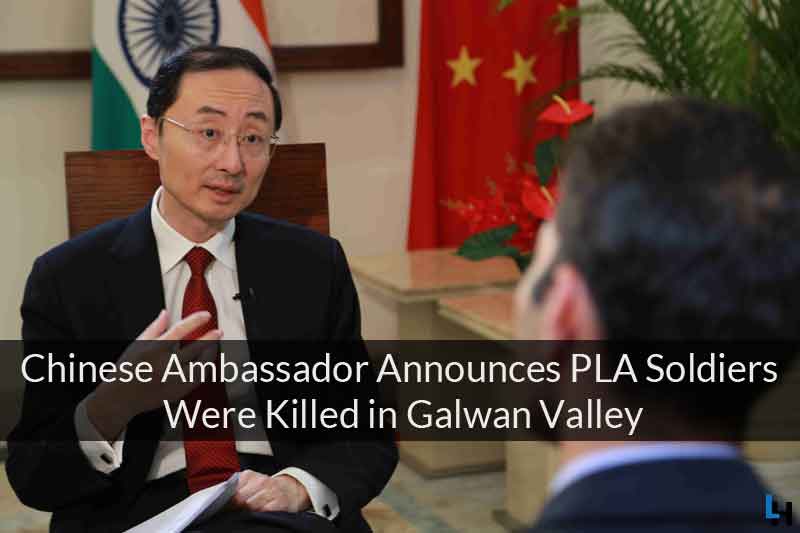 For the first time, the Chinese Ambassador to India Sun Weidong formally approved that some of the People’s Liberation Army (PLA) soldiers had been killed in the destruction that took place in the Galvan Valley on June 15.

In this violence, 20 soldiers of the Indian Army were martyred, including Colonel Santosh Babu, Commanding Officer (CO) of 16 Bihar Regiment. In an interview given to Indian news agency PTI, Ambassador Sun said,

“There were huge scuffles and deaths between the two sides.”

China has not yet given the number Before Ambassador Sun Weidong, Chinese officials still believed in the death but did not say anything about which side of the LAC killed Chinese soldiers.

India has released the names of 20 martyrs, but China is still silent. Ambassador Sun Weidong has been posted on the interview website from the Chinese Embassy.

Till now, the statement used to come from China, it was said that some of his soldiers have also been killed. On June 19, Chinese Foreign Ministry Spokesperson Zhao Lijian was also reported to have killed Chinese soldiers. But he also did not give the number. Sun has made it clear that there was a considerable loss on both sides.